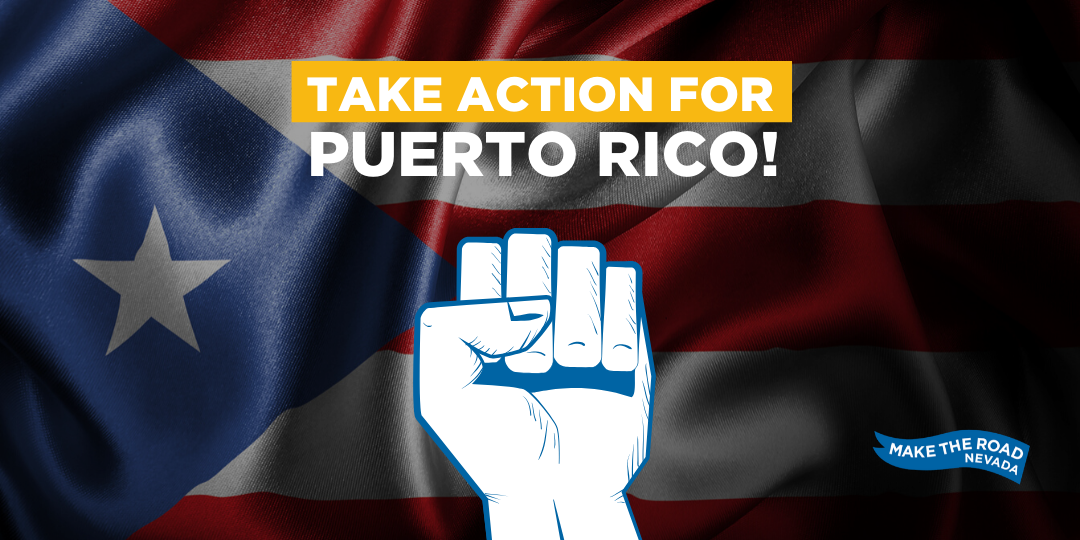 Posted at 12:39h in Justice for Puerto Rico by mwilloughby

Beginning in late December 2019, a series of earthquakes struck the southern coast of the island of Puerto Rico. Since then, the island’s faced almost 800 earthquakes, with varying magnitudes reaching up to 6.4. Puerto Rico’s weak infrastructure couldn’t hold up following the continuing earthquakes, having already been weakened by the effects of Hurricane Maria more than two years ago. About 1 million Puerto Ricans were left without power or running water. The Island had been waiting for the $18 million dollars in relief Congress had allocated that President Trump is sitting on. This aid would have been used to rebuild the island’s infrastructure after Hurricane Maria destroyed critical power lines and structures, leaving certain regions without power for 11 months.

Our thoughts and prayers are with our Puerto Rican brothers and sisters on the island, for too long they have been treated like second-class citizens. They deserve a just recovery, one that was not given to them in the events following Hurricane Maria. Puerto Rico needs the support of the US government during this natural disaster. We need to also take action now, you can donate directly to relief efforts here: https://www.justiceforpuertorico.org/donate.

To get involved in some of the work we do on Puerto Rican Justice in Nevada, join us at one of our weekly meetings, Wednesdays at 6:00pm at 4250 E Bonanza Rd. Suite 20, or email us at amigxs@maketheroadnv.org