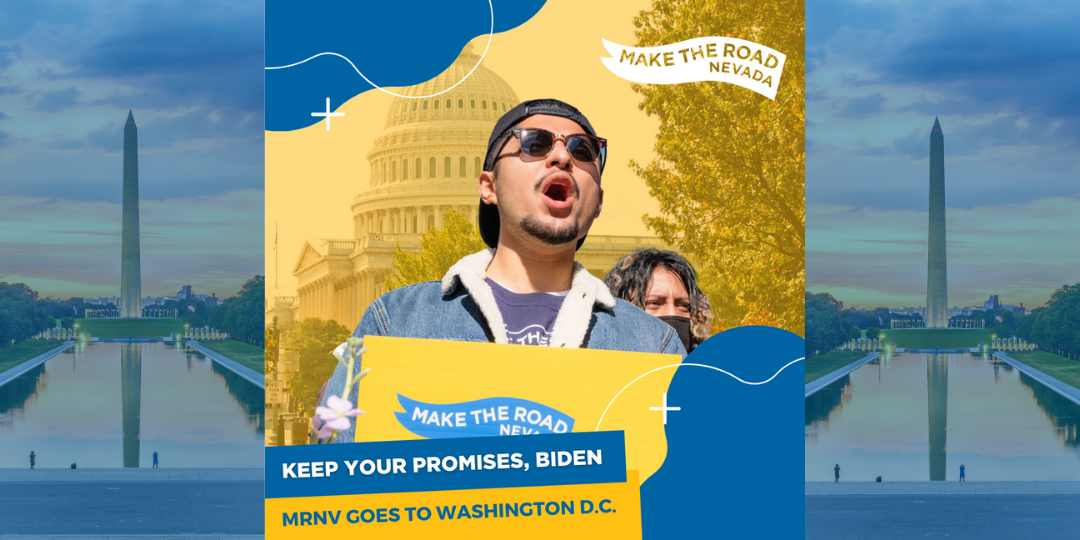 Posted at 18:12h in DACA, Immigrant Justice, Make the Road Nevada by mwilloughby

Hundreds united outside the White House on the eve of President Biden’s State of the Union Address, demanding Biden to keep his pre-presidential promises on immigration reform. Speakers across various organizations expressed their frustrations with the unkept promises—all feeling collectively cheated and disillusioned by the president.  The attendees urged the 46th president to grant citizenship to the 11 million undocumented people in the United States, and also demanded him to deliver solutions on healthcare and climate matters.

“Biden, shine light on those who have been forced into the shadows; shine light on our people and give us a permanent solution: citizenship,” shared MRNV member leader, Areli.

“Biden, act on what we put you in office for,” shared Northern Nevada MRNV member leader, Edurne.

On Wednesday, March 2nd, MRNV staff and members met with Senator Catherine Cortez Masto’s team to discuss her stance on immigration reform and ask for her support. MRNV members, Jose, Ben, and Amparo shared their stories with the senator’s team for the first time. MRNV member and Nevada teacher, Ben joined MRNV in alliance after witnessing his undocumented students struggle internally and externally due to their undocumented status.

“School is already stressful enough,” shared Ben with the senator’s team. “Being undocumented in this country adds unnecessary stress onto them.”

MRNV member leader and DACA recipient, Jose shared his story with Cortez Masto’s team and explained his disappointment over not feeling fully accepted by the only country he has ever called home.

“I’m tired of living a temporary life,” said Jose. “I’m not asking for a handout—all I’m asking for is a pathway to citizenship.” 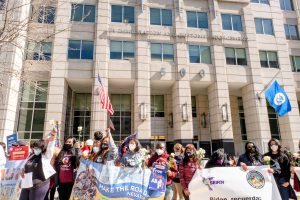 bout being an undocumented mother of three, circled by limitations and little-to-no support from the United States due to her status.

“I’m here in front of you expressing my stress,” shared Amparo. “I’m asking you to listen to us and put your hand on your hearts—be in community with us.” 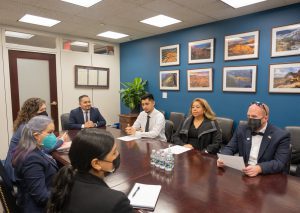 On March 3rd, MRNV joined organizations outside the ICE building for the Communities Not Cages rally. The attendees chanted for change—calling Biden out on his adoption of Trump-era anti-immigration policies and demanding for ICE and CBP to be defunded, for detention centers to be shut down, for people to be freed, and for deportations to be stopped.

MRNV safely returned to Nevada on Thursday night, bringing back new experiences and a stronger fight with them. Thank you for visiting, team!

Thank you, Senator Catherine Cortez Masto’s staff and Representative Steven Horsford’s staff, for speaking to our Nevada members and centering their voices.