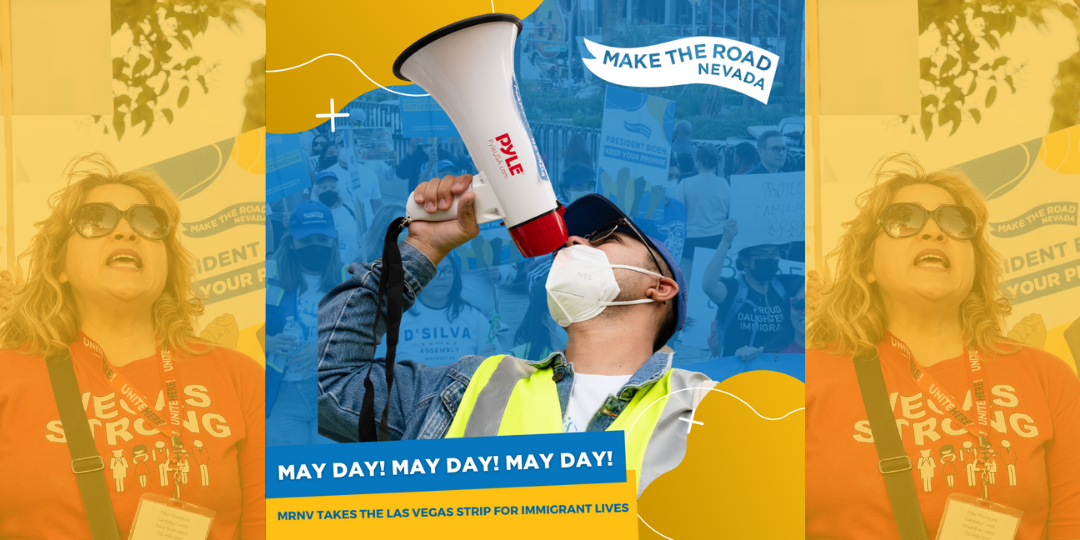 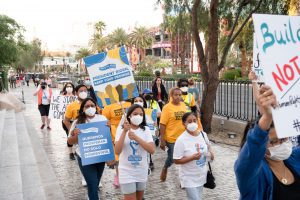 On Sunday, May 1st, Make the Road Nevada, CHISPA, the Culinary Union Local 226, the National Domestic Workers Alliance, members, and allies marched down the Las Vegas strip for immigrant workers, union labor, and for a pathway to citizenship.

The member-led march accumulated about 100 attendees who started at the Bellagio Hotel & Casino’s fountains. We made our way through the influx of tourists and passersby in ‘Immigrants Are Essential’ shirts. Attendees also carried posters that read “Nothing Less Than Citizenship,” and “President Biden, Keep Your Promise,” in our beaming yellow and blue. 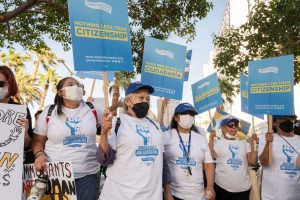 What do we want?, Citizenship When do we want it?, Now! Que Queremos? , Ciudadanía Cuando?, Ahora!

And more. As we finally approached the New York-New York Hotel & Casino’s Statue of Liberty, we circled around the statue as our MCs, Economic Justice Organizer, Abe Lugo and member leader, Fary took the mic to introduce the evening’s speakers.

“In today’s program, you will hear the stories of workers, children of immigrants, and people directly affected by immigration policy,” said Lugo. 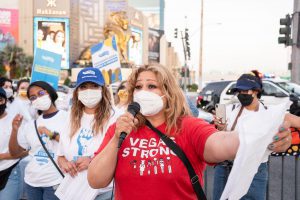 Lugo and Fary welcomed Medinah Yusufzai, a first-generation Afghan American daughter of two Afghan refugees who escaped Afghanistan during the Soviet Union invasion and immigrated to the United States. They also welcomed Febe Rodriguez, a Culinary Union Local 226 member who was once undocumented by now uses her citizenship status to advocate for union labor laws and advocate by those directly impacted by immigration injustices. More speakers shared their stories, as well. 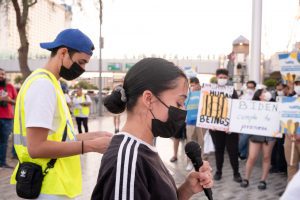 Thank you to all those who attended the May Day and made this happen. A huge thank you to CHISPA, the Culinary Union Local 226, the National Domestic Workers Alliance, and your members.

Thank you to Artkore for printing our materials, including our shirts, posters, banners, and flyers.

And special thank you to each and everyone of our members for this powerful, member-led march. 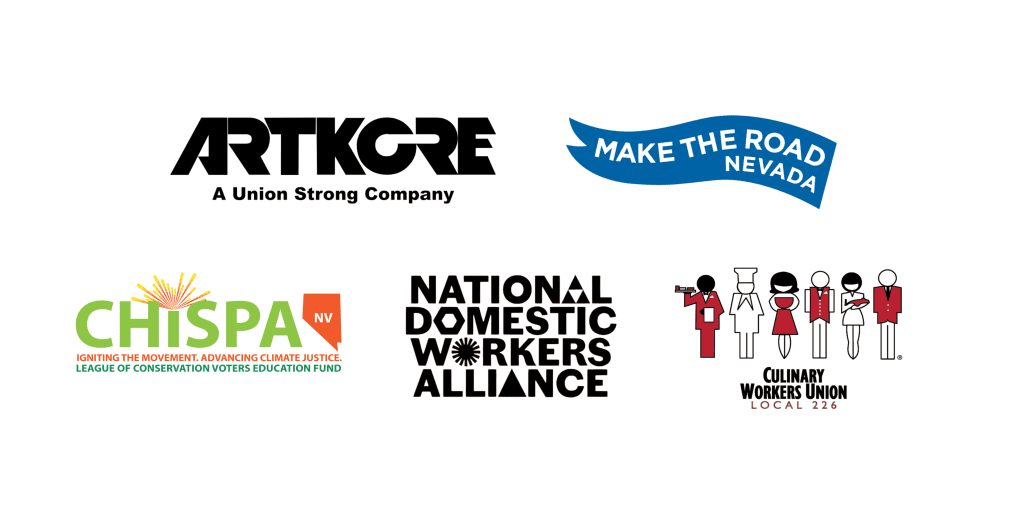