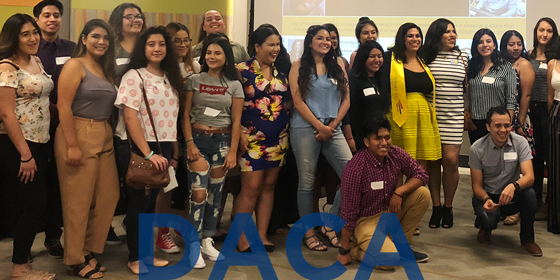 Deferred Action for Childhood Arrivals (DACA) was an executive action taken by President Obama on June 15, 2012 that protected certain people who came to the United States as children from deportation and gave them permission to work. This victory was won because of the incredible and persistent organizing of immigrant youth and has been critical for the life of over 600 thousand people under the program.

However, because DACA was an executive order and not a law passed by Congress, the President had the authority to end it and our current president Donald Trump did.

Make the Road Nevada continues to collect donations to help our community pay for their DACA renewal fees. For many, a $495 fee can be out of reach especially for students & working families. Giving as little as $5 can make a world of difference. Please give back to our community & make the future of DREAMers a little bit brighter. You can donate at: https://www.mightycause.com/organization/Make-The-Road-Nevada