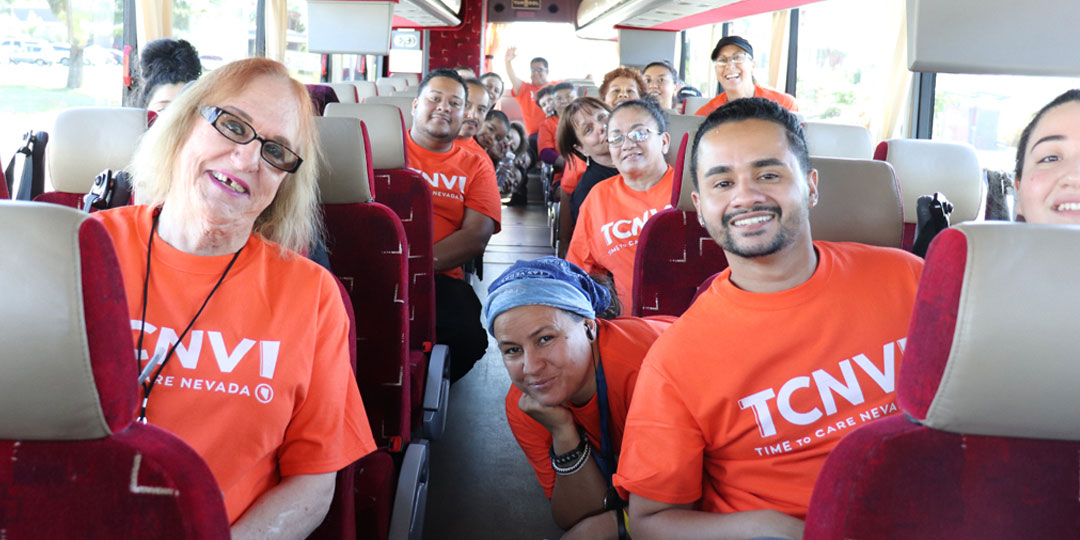 May 14th 2019, Make the Road NV (MRNV) had their fifth and final lobbying trip of the 2019 legislative session, as part of Time to Care Nevada (TCNV), members have been making monthly trips from Las Vegas to Carson City to meet with state legislators. MRNV members met with state senators and assembly members, among those, were Mo Denis, Ozzie Fumo, and Susie Martinez. The goal was to share the stories of working families and to not only pass the bill on earned paid sick days, SB 312, but to have a bill that includes employers with less than 50 employees. If those employers were to be excluded, roughly 192,000 Nevadan workers will not receive the benefits of earned paid sick days. Those 192,000 Nevadans include some of the workers that most needs earned paid sick days.

It was approximately 50 people on this bus which included staff from Mi Familia Vota, Battle Born Progress, Planned Parenthood, Indivisible, and PLAN. After an 8-hour long bus ride, having finally arrived in Carson City, TCNV members had dinner and prepared for a long day of lobbying for the next day. The next day, members started their day with a brief explanation of what lobbying is and how it can be powerful. After getting into groups they headed to the capitol, they were in and out of meetings with state legislators, having meaningful discussions, and pushing for a better bill on earned paid sick days.

MRNV member, Amparo Cruz, and her family had to endure the unthinkable, her son was diagnosed with leukemia. When the diagnoses came through Amparo and her family couldn’t afford to stop working to care for her son, they had new medical bills to pay on top of all their other expenses. Earned paid sick days would have allowed the family to be there for their son. 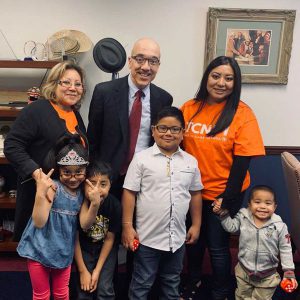 We have less than a month left in the legislative session, sharing the stories of those workers affected by the lack of access to earned paid sick days is the key to passing bill SB-312.  For more info contact us at info@maketheroadnv.org or visit timetocarenv.org