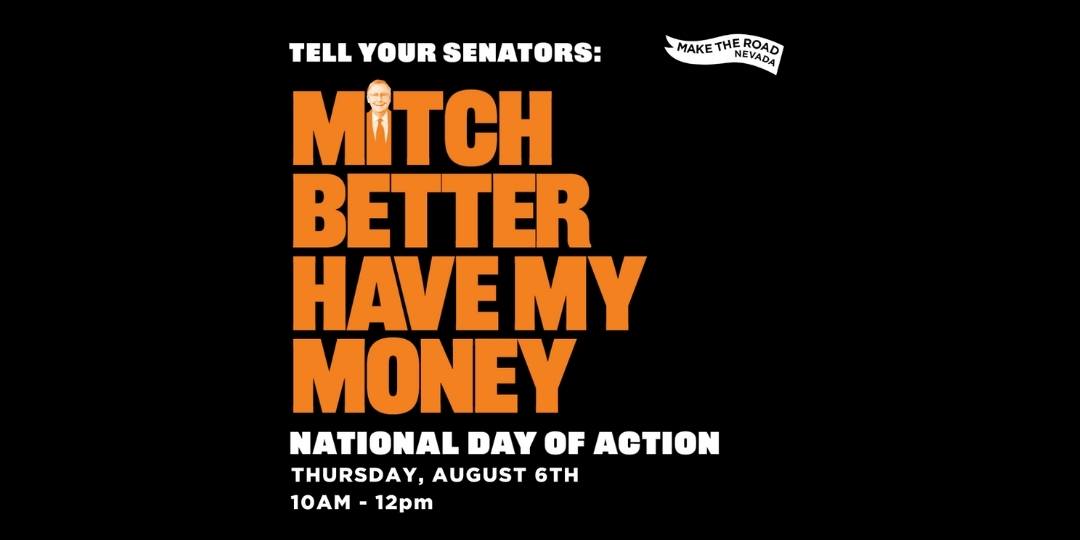 August 4, 2020 MRNV Covid-19, Economic Justice, Housing Justice, Immigrant Justice, Make the Road Nevada actions,Car caravan,make the road,money
On August 6th, we will be joining thousands of people nationwide in car caravans (and on foot, masked and socially distanced) to remind senators that workers, families, small businesses, and communities ARE the economy! And we demand that Senate Majority Leader Mitch McConnell, provide the COVID relief we need to survive and to thrive!

We call on the Senate to:

We are also calling on Governor Sisolak and the State to release the funds of the thousands of Nevadans that have been waiting through the entire pandemic. These are people’s lives that are at stake, their rent and bills aren’t waiting until the fund’s release.

RSVP Here: https://bit.ly/MBHMM8-6
This event will be fully distanced, please remain in your car and bring your mask and sanitizer!
Feel free to decorate your own car at home before you come to the event. 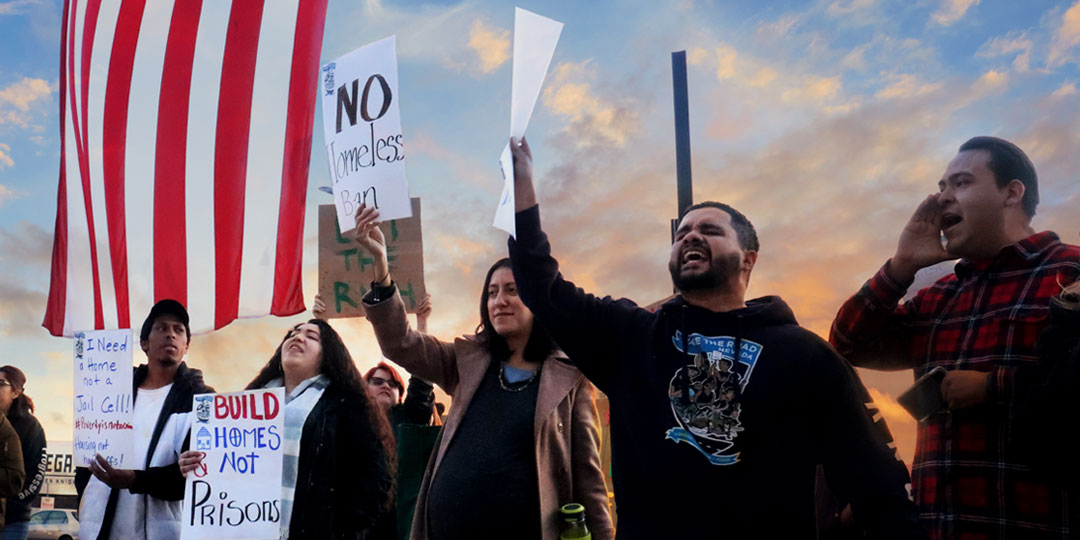 We hope that everyone had a happy Thanksgiving filled with family, friends and lots of food! Here at Make the Road, members did the most to make this Thanksgiving a special one. Starting at our Familias Unidas meeting, members put on a Thanksgiving dinner for all of our members and staff, giving us a chance to say thanks as an organization.This past Monday, Kenneth and other local businesses in Las Vegas donated Turkeys to our MRNV members. Over the weekend, we successfully hit our fundraising goal for our GivingTuesday campaign!

As the holidays approach, the Familias Unidas Committee wanted to celebrate with the MRNV family. Our Make the Road familia joined for a special dinner dedicated to giving thanks. FamiliasGiving was a night filled with dancing, laughter, and delicious food and deserts. As members came in carrying their favorite dishes, ready to share, they were greeted with great music and festive decorations put on by the Familias Unidas Committee. Our members took the time to commemorate and give thanks for the past year. All the food was delicious and the welcoming ambiance was even better. We would like to thank all of the MRNV members who put in the work to help their communities day in and day out.

The Monday before Thanksgiving, Kenneth Ceballos together with other local businesses collected over 150 turkeys and chose Make the Road Nevada as one of the recipients of the turkeys. Thanks to them, 35 of our members ensured their family had a Thanksgiving dinner!

Make the Road NV is an organization for the community by the community. This holiday season, while you gather around with your loved ones, give someone else that same opportunity. Families belong together today and every day. You can still donate to our GivingTuesday, before time runs out. Donate to our GivingTuesday campaign and let DREAMers know that they belong here.

LAS VEGAS —  On Wednesday, September 25th  Alexandria Ocasio-Cortez introduced sweeping legislation to address economic inequality. The package, called “A Just Society,” includes six bills that: provide housing justice for renters, update the definition of the federal poverty line, expand the social safety net to people who have been involved in the criminal legal system and immigrants, give preference to federal contractors who use just labor standards, and promote fair and just labor rights.

The legislation proposed comes on the same day as Mayor Carolyn G. Goodman drafted a new ordinance that criminalizes homelessness in Las Vegas. If approved the new ordinance will make it a misdemeanor to sleep on the public right of way and people can get fined up to one thousand dollars or 6 months in jail.

Make the Road Nevada (MRNV) and its members will continue to engage with local officials to ensure that we create laws that protect tenants, the homeless and address the housing crisis.

The bill package Congresswoman Alexandria Ocasio-Cortez presented includes a housing proposal that would make a difference for thousands of families in Nevada who are housing insecure.

“ Many people on the street are disabled and don’t seem to be getting their money quick enough. If the government would increase the money for housing and other needs there wouldn’t be too many people on our streets. We need the government to build a facility for the homeless, one where they feel safe “. said Diana Diaz, Make the Road NV member.

“ Over the next 10 years, the government should invest $800 billion in the development and rehabilitation of deeply affordable and public housing. Communities that have a high concentration of residents who are severely rent-burdened should be served first “. said Lalo Montoya, Political director for MRNV